BERLIN RECYCLING Volleys are a current German Champions, winning the Bundesliga 10 times since 1992 and 8 times out of the last 9 years! 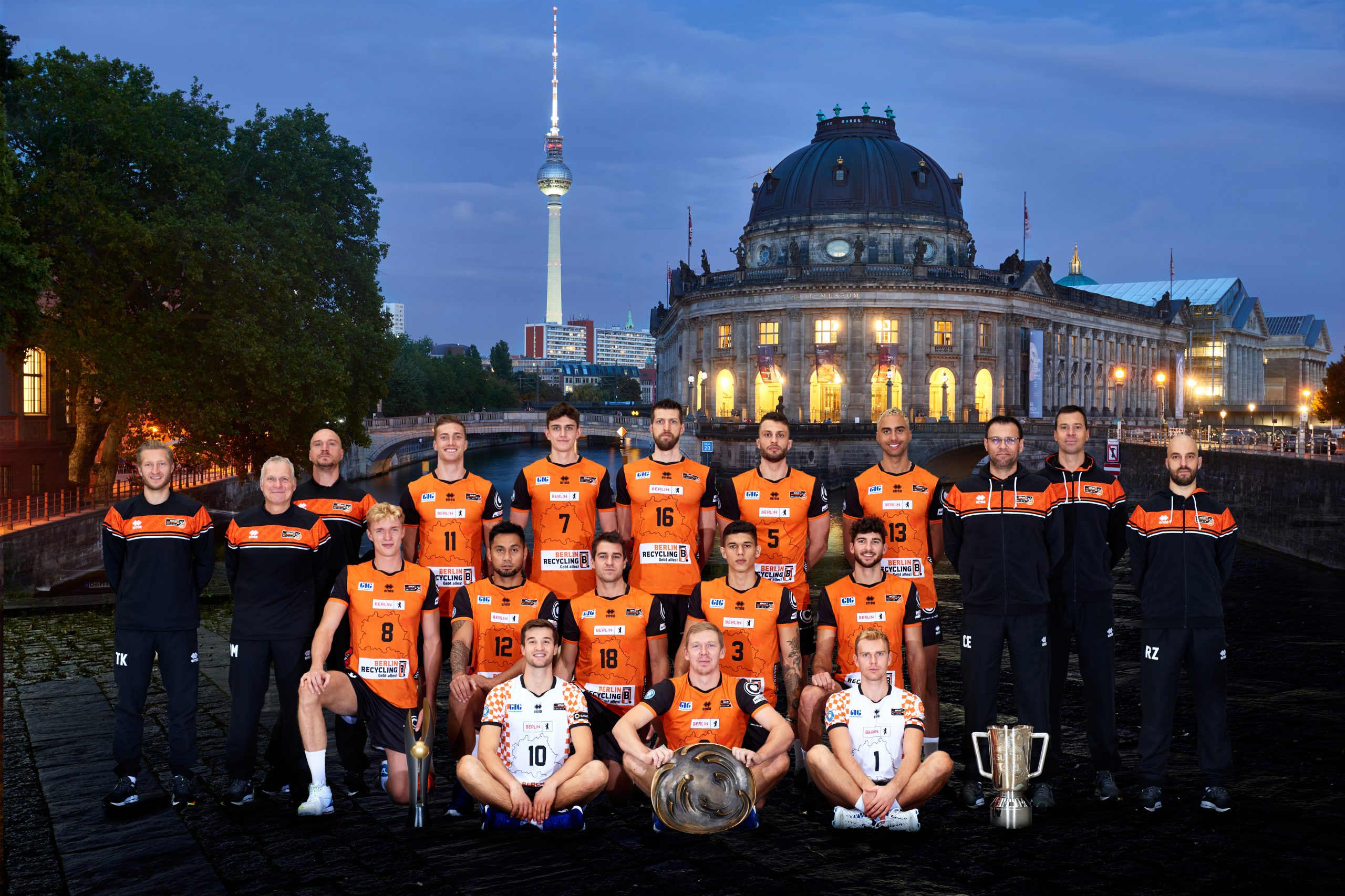 The SCC Volleyball team was founded in 1991 through the merger of the volleyball departments of SC Charlottenburg, VdS Berlin and SC Berlin. Many top volleyball players from the German national team continued their career in the Bundesliga with the SCC: René Hecht, Franko Hölzig, Ronald Triller, Robert Dellnitz, André Barnowski and others. But many new national players also played at SCC in the late 1990s: Marco Liefke, Stefan Hübner, Norbert Walter, Ilja Wiederschein, Frank Dehne, Björn Andrae and others.

In the 2000s, the Berliners could only win the championship twice, but they were always among the top 3 in the national league and played internationally every season. On November 18, 2008, at the Bundesliga match against Evivo Düren, the team has for the first time dared to move from Sömmeringhalle into the Max-Schmeling-Halle, which has a capacity of 8553 spectators. For the 2011/12 season, the Berliners, who now appeared as Berlin Recycling Volleys, finally moved to the Max-Schmeling-Halle.

In the third final game of the 2012/13 season against VfB Friedrichshafen on May 2, 2013, a Bundesliga record was set there with 8553 spectators. In the 2018/19 season the BR Volleys home matches were the most attended volleyball matches in Europe across competitions in Bundesliga, Cup and Champions League, with an average attendance of 5208 spectators.