4 Elements Every Coach Needs For A Successful Preseason

A successful preseason can make all the difference between a silverware-winning on-season, or a disappointing series of games that could even lead to relegation.

Typically, preseasons start anywhere from 10 to 6 weeks before competitive sporting seasons, across every sport. Whether you’re an NHL, MBA, American Soccer, Football, Rugby, Lacrosse, or any other kind of coach, athlete, or team, a preseason is an essential part of preparing for competitive games ahead.

Why is a Preseason so important?

Historically, preseason was when coaches used to ‘beast’ players and whole teams. Putting them through extensive cardiovascular exercises in the hope of getting them back to peak performance before the start of a competitive season.

Fortunately, times have changed. Coaches, performance specialists, and a whole team of training staff now put players and teams through personalized and team-based programs and exercises.

Preseason is crucial to success during the competitive season because athletes never come back from time off at the same level of fitness. No matter what they do between one season and the next, that break — albeit crucial for recovery and recuperation — reduces an athletes level of fitness, stamina, and even skills they may need to relearn.

Coaches and performance staff should agree aims and objectives before every preseason. One measure of a successful preseason is a reduction in the number of games missed due to injury.

So, coaches should set clear and reachable targets for every player, and the whole team, before preseason training starts. For many teams, successful preseason aims and objectives should include:

Without a structured preseason, players won’t be able to handle the demands expected of them during the competitive season. There’s a real risk that this could cause injuries and underperformance. If a handful of players are underperforming, not only does it impact their careers, but it could cause the team to lose games. 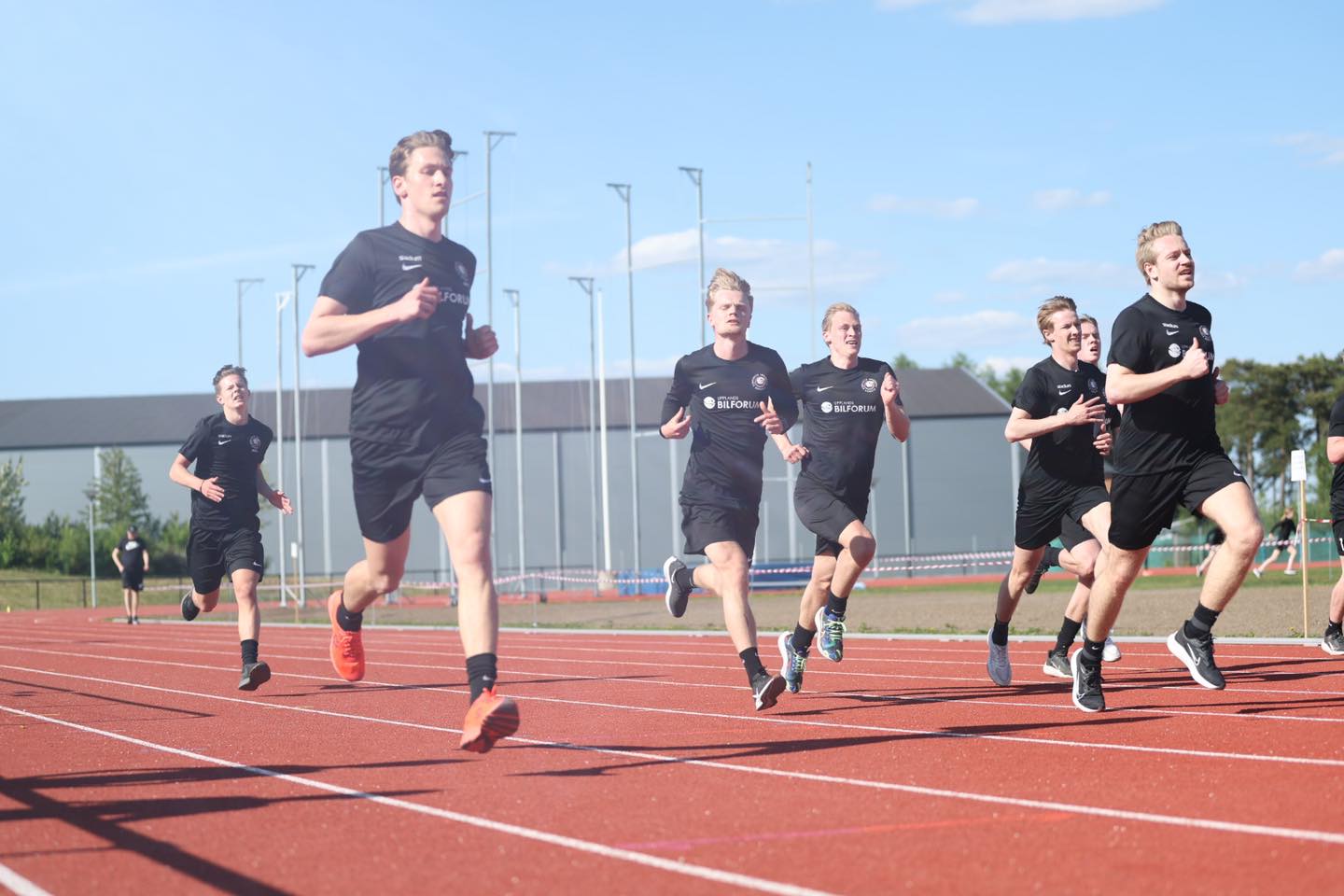 4 Elements of a Successful Preseason

#1: Keep Players in Condition During the Off-Season

As hard as it may sound, keeping players in a decent condition during the off-season is crucial, and makes a big difference to performance during preseason.

After a long and sometimes challenging (even with wins) season, players need time off to rest and recover. However, you also need to give them structured off-season programs to ensure they maintain a certain minimum level of fitness (an athletes minimum level is usually way above what average people can aspire to).

Once coaches know the date preseason starts, they should work backwards from that several weeks to begin off-season training exercises. In reality, that’s when your preseason starts; 3-4, or more weeks beforehand.

Off-season training should include a tailored mix of cardiovascular exercises and strength work in the gym, alongside any dietary recommendations, to ease them back into training and keep them in shape. It’s still giving them time off before reporting back to the training ground, but off-season training will make a massive difference once the hard work begins.

#2: Have a Preseason Plan

Before preseason starts, it’s crucial for the success of the team that coaches and sports scientists sit down and ask themselves two key questions:

Every action you take as a coach and your team takes to support these goals is based on the answer to those questions. Using this as your North Star, your teams compass point, you can start to outline specific stages within a preseason plan.

Matt Reeves, Head of Fitness and Conditioning at Leicester City Football Club says: “We’ve got a very structured preseason where the players will go through days one to five, working through different movements. What we try to achieve at that time is a gradual progression. We want players to safely move from day one through to five, increasing their loads and getting used to the different demands that make football performance.”

Typical preseason plans include a number of detailed aims, such as:

Once you’ve got the aims and objectives agreed, create a detailed preseason plan for the whole team and every player (more on that below).

Naturally, technology plays a key role in the monitoring of players performance and progression. Using software, such as XPS Network, and biometric tackers, coaches can get a much clearer picture of how well players are doing, and the areas of improvement.

Every player needs coaching and training tailored to their specific needs, strengths, and abilities. Coaches can never expect every athlete to respond in the same way and cope with the demands of the same sets of exercises. Some players will always perform better than others.

Especially if one or more on the team is recovering from an injury. Coaches should factor all of this in to preseason planning, and then tailor training programs accordingly.

Preseason is a crucial part of the success of teams during the competitive season. Now is the time to start planning, so that your players can have the best preseason possible, setting the team up for success when the heats turned on.