Why Eccentric Training is Crucial for Improving Speed and Movement

In sports, when we think of speed, it’s always about how fast an athlete moves.

Take a look at the stats after major games. Athletes’ speed — measured in the top mph — is always commented on by fans and coaches alike. When most coaches think about speed, it’s usually a single-minded focus on, How fast can my players accelerate and move?

In reality, coaches need to focus on more than just acceleration, speed, and maintaining forward momentum. Strength and conditioning coaches also need to factor in and train players to decelerate, stop, and change direction.

In this XPS Monday Series article, we cover how understanding simple biometrics can change a coaches definition of speed, and the most effective ways to train athletes to decelerate, using eccentric training models.

What Does Speed Mean in Sports?

Impressive feats of performance, such as the speed an athlete accelerates and moves are always celebrated in sports. Look at the emphasis placed on the 40-yard dash. Players are measured against one another, and speed is often used as a measure of performance-based success.

Faster players — providing they possess other valuable skills, such as the ability to score or defend — are often valued more and secure more prominent places in team lineups.

Coaches and fans are always amazed at how fast, how far, and how high (jumping, in sports where that’s needed) players can move.

Strength and conditioning coaches love the fact that when an athlete’s top speed increases it improves their chances of getting clear of defenders, or scoring a goal more easily. When it became clear that a 1mph increase in max speed can give players 1 extra yard of distance, coaches refocused training on more top-speed work.

However, coaches need to seriously consider the positive impact and gains from elite deceleration as much as acceleration. Let’s take a closer look at why this is crucial and how to use deceleration to improve athlete performance. 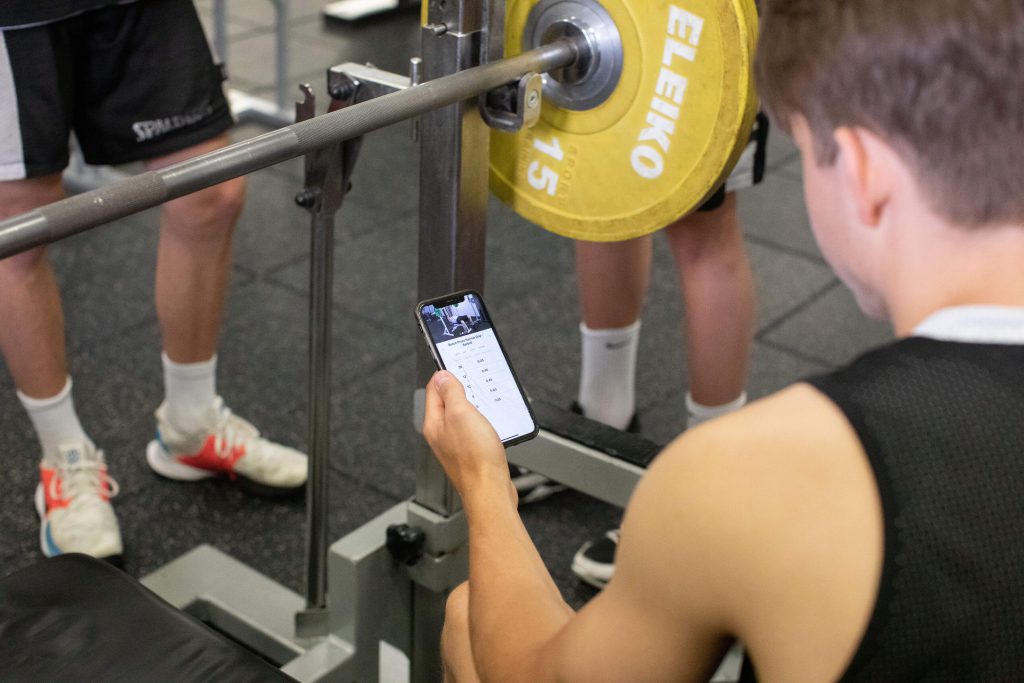 Why Simple Biomechanics Should Change Your Definition of Speed?

Players gain a serious advantage when their breaking force is equal to their acceleration force.

Barry Sanders, one of NFL’s best running backs of all time, could stop and go at unreal speeds, giving him an advantage in numerous games. Ed Reed, in the NFL Hall of Fame, could break on the ball in 200 milliseconds using backpedal force deceleration.

It all comes down to simple biomechanics.

According to Della Villa, a sports researcher, “In competitive matches, rapid horizontal decelerations during defensive pressing actions are one of the major situational patterns commonly associated with major lower extremity injuries such as ACL rupture[s].”

It’s not that athletes shouldn’t be trained in max velocities. Players are at a serious disadvantage if they don’t have this skill. However, it’s part of a larger puzzle. Top athletes need max acceleration and deceleration if they’re to succeed in competitive games, outmaneuver and outrun the competition, and avoid injuries.

Elite speed is a powerful weapon in sports, but when this is combined with elite deceleration it’s a game changer.

How to Enhance Capacities on Both Sides of the Curve?

Most movements in sports happen in under 400 milliseconds. Athletes have very little time to accelerate or decelerate, stop, change direction, and accelerate again.

An athlete’s strength (or speed) is only as good as their ability to use it. Hence the premium strength and conditioning coaches need to place on training the applied rate of force development (RFD).

Unlike acceleration actions that are concentric-dominant, deceleration is eccentric in nature because of where and how force needs to be directed. A high level of force needs to be applied through the leg muscles to the foot and into the ground in an extremely short timescale; usually 50–150 milliseconds.

How to Use Elite Deceleration to Improve Athlete Performance?

Academics in this field and several elite strength and conditioning coaches are arguing for an “even 50/50 split in training concentric to eccentric [that] can yield impressive results in both decelerative and propulsive movements. This improvement can be attributed to the ability to have faster and more violent cycling through the stretch-shortening cycle.”

Dr. Harper says that, “To ensure that elite players are optimally prepared for the high-intensity accelerations and decelerations imposed during competitive match play, it is imperative that players are exposed to comparable demands under controlled training conditions.”

In Vladimir Zatsiorsky’s book, the Science and Practice of Strength Training, he says: “when sports performance improves, the time of motion turns out to be shorter.”

Spend as much time training players in deceleration as acceleration and they will achieve greater success on the field, play to their strengths, and incur fewer injuries.